Too Deep, Yet Too Shallow

Too Deep, Yet Too Shallow

A year ago, one of our first blog posts compared emergency mental health services to emergency help for someone drowning. The post pointed out the absurdity of lifeguards using bureaucratic regulations to refuse help to a drowning person. At the time we stated, “Obviously this would never happen to someone in danger of drowning.”

The documentary Shallow Waters: the Public Death of Raymond Zack illustrates a time when emergency officials did just that. Police, fire and ambulance personnel stood on shore for hours watching a mentally-ill man walk into the frigid ocean off northern California in 2011, waiting for a far-off Coast Guard boat that wouldn’t be able to reach him in the shallows. They only acted once his body was washed ashore by the tide, and even prevented the public from trying to help him.

If you wonder how that could happen, watch the 32-minute video (available free on Kanopy if your public library subscribe 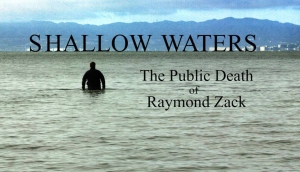 s; otherwise you can rent it for just a few dollars on Vimeo). Using witness interviews, archival footage, recorded transmissions and re-enactments, this gripping documentary shows the perspectives of family members, emergency personnel and bystanders.

The tragic story of Raymond Zack’s death is an allegory for what’s wrong with our mental health system. The many authorities tasked with helping the mentally ill often seem unhelpful and bogged down by bureaucracy. Facilities are inadequate, the system is bureaucratic and confusing, and there are huge gaps in service. It’s often hard to find anyone willing to accept responsibility – health care is often offloaded to police, who are ill-equipped to deal with a mental health crisis. Meanwhile the public trusts that emergency services will take care of those who need help, only to find that trust tragically misplaced.

It comes down to discrimination. As several witnesses in the film state, much could have been done to help Raymond, but no one in authority seemed to think his life was worth saving. The attitude was articulated by one of the ambulance attendants in his flippant remark to a dispatcher: “he had the ability to make a bad decision, and did.” It often seems like our society takes the same approach to those with serious mental illness.

Do we want to provide care for all who need it – whether they’re in shallow or deep water, or somewhere in between – and even if they’re momentarily unable to make good decisions?

If so, we need to make sure we have the capacity to respond appropriately. Our government’s latest attempt at reforming mental health care, Valuing Mental Health, doesn’t go far enough. While it looks at the needs of most, it ignores the needs of the most seriously ill. We need to stop trying to apply models that obviously don’t work, and look at what is really needed. We need to revamp our mental health care in a meaningful way, not just generate more reports about the need for reform. And we need more compassionate people who are willing to jump in and help when there’s an obvious need.