Let’s Talk… about the words we use – this week: the “P” word

Let’s Talk… about the words we use – this week: the “P” word

This is the third in a series of four weekly posts about the words we use, culminating on January 30 – Bell’s Let’s Talk Day. In past weeks we’ve dealt with the “C” word and the “I” word.

You can join the conversation by posting a comment below. Your identity will be kept confidential.

We don’t often hear it now in everyday discourse, but its scent still lingers in the backs of the minds of those without any direct experience of mental illness. It only comes up on certain occasions, like when Hollywood sensationalizes and exploits mental illness to play on our fears – which happens a lot.

The 1960 film of the same name promoted a widespread viewpoint that seems to have permeated society’s (mis)understanding of mental illness. Almost sixty years later, the notion of a person with mental illness being a violent killer still lurks in the background. 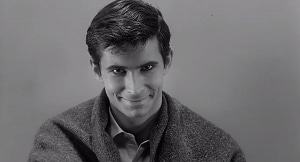 The motion picture industry has continued to perpetuate this myth through two different narratives. First, countless horror films depict the mentally ill as depraved and extremely dangerous. Secondly, they depict the institutions intended to help them as gruesome, evil places using brutal, barbaric practices. Together, these collective images contribute to an impossible situation: as a group, the mentally ill are to be feared – and so are the institutions that prey on “innocent” (i.e., healthy) individuals.

The understanding and treatment of mental illness has come a long way since 1975’s One Flew Over the Cuckoo’s Nest, but the use of mental illness as a manipulative plot device continues. The just-opened movie Glass (like its predecessors Unbreakable and Split) misrepresents the extremely rare condition of dissociative identity disorder to provide the thrill that audiences seem to crave – no matter how much its portrayal differs from reality. The widely-popular Bird Box demonizes the mentally ill by showing them help monsters destroy humanity. And the soon-to-be released Escaping the Madhouse: the Nellie Bly Story seems poised to continue the narrative of insane-asylums-as-torturous-prisons.

There are a few exceptions to the movie industry’s horror treatment of mental illness, though they often tend to sanitize the experience and offer Hollywood endings where love conquers all – including psychotic disorders. A Beautiful Mind comes close to portraying schizophrenia, though admittedly altering the real story by adding visual hallucinations. A movie that arguably presents the most accurate portrayal of psychosis is the 1993 Canadian film Clean, Shaven. If you’ve never heard of it, that’s for good reason. Shown from the perspective of someone having a psychotic episode, it’s difficult to understand and seems too strange to be relatable. Yet, that seems to be the intent of the filmmaker – even if it repulses potential audiences.

Films are generally intended to entertain, not educate. So does it matter that they don’t present a realistic view? Yes it does. Our society’s worldview is shaped by the literature and cinematic portrayals that help shape our culture. In the back of our collective consciousness, we subconsciously hold this view that colours our outlook.

It’s this underlying, unexamined assumption that forms our unrecognized biases. It’s there when our laws are written and debated. It’s there when we create legal structures to “protect” individuals from treatment that could alleviate their suffering. It’s there when our health authorities address a spectrum of psychological “issues” while ignoring serious mental illness.

This could be why we have a legal system that prevents early treatment, despite our medical system acknowledging that early treatment offers the best chance of recovery. Do our lawmakers envision a Cuckoo’s Nest asylum when they enact laws and enable legal panels to “protect” individuals from treatment? They seem to miss the reality that the real horror of untreated mental illness is homelessness, victimization and cognitive impairment. Do they believe that if those with mental illness were loved enough, they would be just fine? That myth is particularly difficult since it’s partly true: relationships are important, but not sufficient in treating mental illness.

Raising awareness of our cultural misconceptions is a vital step toward reducing the discrimination against those with mental illness. Let’s keep this in our #BellLetsTalk discussion.