He brushes past you with a sneer. You sigh, hoping his mood will improve. You’ve noticed he spends more and more time alone. You tell yourself it’s a phase. You went through that yourself at his age. The bright, energetic, loving son you once knew will someday return.

He keeps losing things and wastes a lot of money on frivolous junk. His credit card is maxed out and he sometimes misses payments. Your warnings about his credit rating are shrugged off.

He tracks in mud on the new carpet. Again. You get upset. Why won’t he listen? Even you weren’t this bad at his age. At least you don’t think so. Maybe you were. 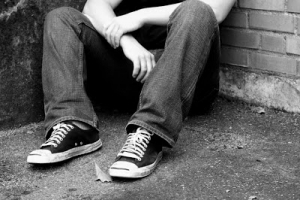 His grades have been slipping. You remind him it’s your savings that are paying for his education. He shrugs and makes a vague, obviously insincere promise to do better.

You lay down the law. Expectations and consequences. There’s yelling. Despite your best efforts, you lose your temper. Again. You resolve to do better, but it’s so damn hard.

Private conversations with your spouse. Should we take more drastic measures? Could this be more than a phase? Could he be using something? Where do we turn for help?

He gets more irritable, more distant, more defiant. You try to see his good side but he hides it so well. What else is he hiding? Nothing you do seems to help, but what more can you do? You have other kids and aging parents to look after, a job to attend and the leaking roof that needs your attention.

Then one day it happens. He calls you at work and tells a fantastic tale of conspiracies and supernatural forces plotting against him. Or the police call you; he freaked out on a bus and they took him to emerg for assessment. Or you notice some pills missing and find him unconscious on the floor.

You force down your panic and try to figure out what’s going on – and how to fix it. The doctor gives a rambling explanation about various mental illnesses that may or may not be present. It’s too early for diagnosis or prognosis. You’re too consumed by worry to comprehend the words you hear.

You wonder what you did wrong. Were you too hard on him? Too soft? You feel strangled by guilt and fear but something deep inside tells you this is not the time for self-recriminations. You can’t afford the luxury of self-blame or self-pity. You need to focus on him.

And your nightmare is just beginning…

Years pass, and you’ve learned more than you cared to about mental illness and society’s inadequate, often harmful approach to it. You’ve pleaded, yelled and begged for someone to help him. You’ve forgiven yourself, almost believing the literature that says it’s not caused by faulty parenting. You now know that what appeared to be rebellion was his way of trying to cope with the things going on in his mind. You’ve come to accept that he’ll never be the same. And you realize you’re still grieving his lost future.

You now spend your days picking up after him, reminding him to take his pills, trying to coax him out of his shell, and looking for signs of the happy, outgoing son you once had. Occasionally it comes through in a rare smile, or an insight that comes out of the blue. You hope his “recovery” isn’t yet complete, and that more of him will return. But you have your doubts. 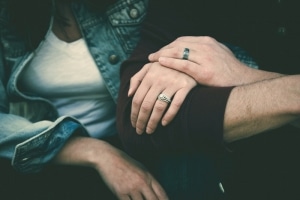 Then one day you meet other parents who are at that stage you were at years ago. They’re bewildered by their son’s illness and why it’s so hard to get help. They wonder if they’re doing the right things, and what more they can do. They’re concerned about his health, his future and his credit rating.

You sit them down and try to prepare them for what lies ahead. You recognize the desperation in their eyes.

And your heart breaks all over again.

But you soldier on, because helping others helps ease your pain.