Forms! Drudgery that no one looks forward to. An inconvenient task to be dispensed with quickly so one can move on to more important things. An annoying part of any 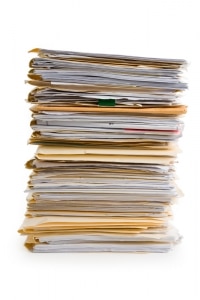 job to be avoided whenever possible. Forms are complicated and time-consuming. Just the thought of them provokes a groan, and the hope that they won’t be too much trouble. The only good thing about forms is that if you mess one up, you can throw it away and get another one.

Most people want to avoid dealing with forms. Families of those with mental illness know too well the hassles of forms. Applying for social assistance, housing, bus passes or any kind of service requires the tedious process of filling out forms. Dealing with forms is often aggravating and irritating.

This makes it all the more disturbing to learn that those employed in our mental health “system” often refer to many of their clients as “forms.”

Yes that’s right – the people we employ through our taxes to care for the most vulnerable human beings view them as administrative “tasks” to be dealt with; a dreary part of their job performed with the same distaste as dealing with bureaucratic red tape.

Why is this? Well, those living with Schizophrenia or other serious mental illnesses often aren’t aware of their illness; this lack of awareness is a symptom called Anosognosia. Since they aren’t likely to seek help for themselves, a legal framework exists where they can be taken to hospital even if they’re unwilling to go voluntarily. In Alberta the Mental Health Act prescribes several types of forms for this purpose – Form 1 can be completed by a physician, Form 8 by a judge, and Form 10 by a police officer. Someone brought into care by any of these means is referred to as a formal patient – which frequently gets further shortened to “forms,” especially in the case of police involvement.

To those who have used this term, we have this to say:

We know you probably don’t mean to be insensitive; you just see it as a shorthand piece of jargon. But words matter. When you reduce a living, breathing person to the legal construct that forced them into your care, you’re stripping them of their dignity, their humanity. You’re no longer able to demonstrate basic human respect. You don’t acknowledge that these are people who have friends and families who love them, who once had a promising future, who are often creative and intelligent and now have a debilitating illness that you are paid to help with. No. To you, they’re just “forms.”

You talk publicly about patient-centered care. You talk about the “patient experience.” You proudly point to your Patient First Strategy. Publicly, you say all the right words. But behind closed doors, you call our loved ones forms.

Do you want us to apologize that our family members are such a chore for you? Should we be sorry to inconvenience you by allowing them to become so ill that your system can’t deal with them? Should we feel ashamed that our attempts to get help were thwarted even by those who are supposed to be helping?

No. We’re not apologetic. We’re angry. At you.

It’s not our fault that you avoid your responsibility to care for those with mental illness by relying on police. If you would actually provide care that puts the patient first, instead of just saying that you do, you wouldn’t need to criminalize mental illness as much as you do.

If you still don’t get it, go back and re-read the first paragraph of this blog. Does it take on a different meaning now? That’s how you view our son, daughter, sibling, spouse or other loved one when you call them a “form.” And consequently that’s how you treat them. Yes you’re busy and the use of shorthand jargon helps speed things along. But we’re not even insisting on patient-first terminology (i.e. “person brought in under a form”) – you could say “formal patient” which adds only a few syllables but a whole lot of humanity. 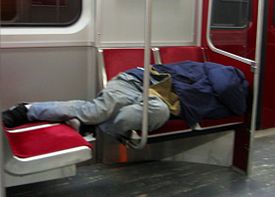 Use of such dehumanizing terminology is a tactic used in war and other violent arenas. It hurts the human condition to accept that one is causing harm to another person, so it’s easier to think of them as something less than human. Your intention may not be to cause harm, but this mindset allows it to occur with impunity. It lets you sleep at night when you discharge someone – still sick – to homelessness; when you chase a willing patient away by not trying to understand them; when you tick a box so you’ll get paid for seeing a patient no matter what the outcome. Because in your mind you’re not dealing with people, you’re dealing with forms.

Change comes from the top; and those at the top need to change their terminology and lead by example. Changing your words won’t change everything in your faulty system, but it’s the first step – and it’s long overdue.