A Matter of Perspective

A Matter of Perspective

A couple’s romantic stroll is interrupted when they encounter a dirty, ragged homeless man rocking back and forth on the sidewalk muttering random words. They wonder why someone doesn’t do something about such disgusting people. Across town the homeless man’s parents return home after another fruitless day spent searching for him. They’re exhausted and worried, and wistfully recall how a year ago he was a star athlete at a prestigious university. They wonder if they’ll ever see him again, or if he’s even still alive. 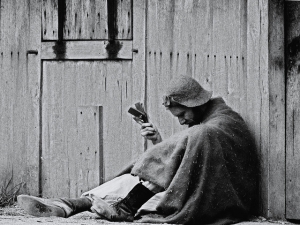 A psychiatrist bluntly confronts a patient about his mental illness – which he isn’t able to recognize due to the illness. The patient gets upset and runs out, smashing a store window and getting arrested. When the psychiatrist hears of this she records his rage incident on his chart before going home to her family. Her patient’s family has their lives disrupted – again – as they rush to help him get out of jail, settle him down, and figure out how to get a lawyer they can’t afford.

A civil rights lawyer prides herself on her work defending her appointed clients’ legal rights at panel hearings; she wins a case and her client is set ‘free’ from the hospital and pills she doesn’t understand are helping her brain heal. The lawyer’s secretary sends the government her bill at the full billable rate. The client’s parents, who had been noticing their daughter’s improvement while receiving treatment, watch in despair as she deteriorates until she’s bad enough to be hospitalized again. 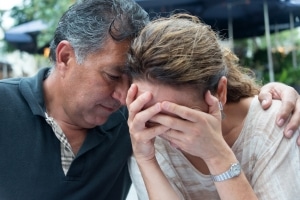 A young man is deemed by his psychiatrist ready for discharge from hospital, two weeks after a suicide attempt and four days after escaping the hospital barefoot – in January. His family tries to argue that he’s obviously not ready, he’s still suicidal and they don’t have the ability to care for him. “He’s no longer acute,” the doctor says; “other patients need this bed. If you don’t want to take him I can refer him to a homeless shelter.” The distraught family reluctantly agrees to take him home.  The next morning they wake to find his lifeless body. There’s an internal inquiry; the hospital director says new procedures are in place to prevent this from happening again – and they carry on just as before. The family members are left to struggle alone with their trauma and guilt.

A psychiatrist spends time listening to his patient, building a bond of trust so the patient willingly takes his pills even though he doesn’t really think he needs them. The patient’s family notices improvement, and for the first time in years they dare to feel hopeful again. As the hallucinations and delusions fade, his personality starts to re-emerge; sometimes he even smiles again. He’ll never fully recover though, because of all the lost time being homeless, chased away by insensitive doctors, ‘saved’ by lawyers and receiving inadequate treatment. His family still mourns his lost potential, but count themselves among the lucky ones.

What do you see when you look at someone with a mental illness?

A nuisance? Billable hours? A form?

A brother, sister, son or daughter? A fellow human being who needs help? A vulnerable person who needs protection and effective treatment?

Or do you look away?

It all depends on your perspective.