The Alberta Summit on Mental Illness

The Alberta Summit on Mental Illness is a unique opportunity for clinicians and family members to learn from the speakers and dialogue with one another.

The Alberta Summit on Mental Illness is a unique opportunity for clinicians and family members to learn from the speakers and dialogue with one another. This family-led event will address severe and persistent mental illness, how it’s treated and how improvements can be made. The summit will be of interest to anyone who works with or cares for those with a serious mental illness.

Guests enjoy free wireless internet and access to the fitness centre. Parking is free for guests and summit attendees.

Guest rooms are available for attendees at the following rates:

To reserve, call 780-454-5454 and mention you’re attending the Alberta Summit on Mental Illness

Early Bird Registration – extended to May 9

Regular Registration rate – extended to May 9

Registration includes continental breakfast, lunch and breaks. Free parking is available. You can pay online, by cheque or request an invoice.

Psychiatric services often exclude family members: not involving them in the treatment plan or even communicating with them. This is unacceptable when the patient has a severe and persistent mental illness. In this presentation Dr. O’Reilly will explain why families are excluded and what families can do about it.

Dr. O’Reilly has worked for over 35 years as a consultant psychiatrist in Ireland, Saskatchewan, and Ontario. His clinical work has focused on people who suffer from serious mental illnesses. Currently, Dr. O’Reilly works with the clinical neuro-stimulation service at the Parkwood Institute in London Ontario. Dr. O’Reilly has published widely on mental health law and consulted to Canadian and international jurisdictions on mental health law reform. He is a Professor of Psychiatry at Western University and at the Northern Ontario School of Medicine. 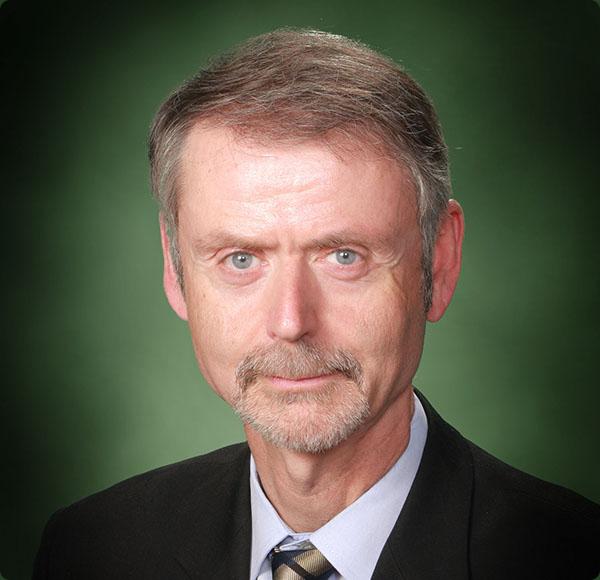 People who have had the experience of mental illness, including addiction, are consistently overrepresented among the homeless population. Homelessness can be understood through the analogy of musical chairs and the disconnect of policies related to housing, income support and mental health services. In London, ON, a program to reconnect these policies and sectors has had a significant effect on preventing discharge to homelessness. The details of the program and the results will be discussed.

Dr. Cheryl Forchuk is the Beryl and Richard Ivey Research Chair in Aging, Mental Health, Rehabilitation and Recovery; a Distinguished University Professor at Arthur Labatt Family School of Nursing (Western University); and Scientist and Assistant Director at Lawson Health Research Institute. She has published on many topics including transitional discharge, technology in mental health care, and poverty, housing and homelessness. She has been honoured with numerous awards including the Order of Ontario, an honorary life membership in the Registered Nurses Association of Ontario and the Canadian Association of Advanced Practice Nursing, and a Research Pioneer Award from Psychosocial Rehabilitation Canada. 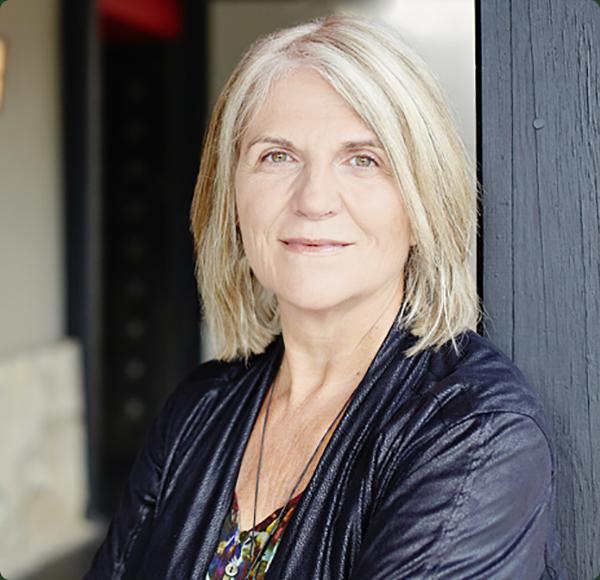 Myths and truths about the verdict of Not Criminally Responsible
Dr. Patrick Baillie Ph.D., LL.B.

One of the more misunderstood and misrepresented facets of criminal law is the verdict of Not Criminally Responsible (NCR). The verdict means that while the individual accused of a crime did what they were accused of, their actions were the result of a mental disorder that left them incapable of appreciating what they were doing or of knowing that it was wrong. The verdict almost always results in the individual being placed into a secure psychiatric facility until a Review Board determines that society can be adequately protected against the risk posed by the individual. The biggest myths around the NCR verdict are that mental illness is easy to fake, that a verdict of NCR amounts to a “get out of jail free” card, and that individuals found NCR are at high risk to commit new — often violent — offences. The presentation discusses the results from the National Trajectory Project (an ongoing study of individuals found NCR) and the impact of recent changes to the Criminal Code that may lead some individuals with severe mental illness to opt out of the NCR verdict.

Dr. Patrick Baillie is a psychologist and lawyer. After completing his psychology doctoral degree in Virginia in 1992, he worked in a forensic outpatient program in Calgary, authoring thousands of assessment reports and providing treatment with hundreds of clients until his retirement from Alberta Health Services in 2021. Dr. Baillie has been the Consulting Psychologist with Calgary Police Service since 1995 and, after completing his Law degree in 2003 and being called to the Alberta Bar, briefly served as Legal Counsel to the Provincial Court of Alberta. In 2007, Dr. Baillie was named to the Mental Health Commission of Canada’s Mental Health and the Law Advisory Committee, of which he later became Chair. The Committee’s largest project provided funding to a national study of the lives of those individuals found Not Criminally Responsible, including their previous contacts with mental health systems, their symptoms, and their outcomes. He continues to serve as a member of the International Foundation of Employee Benefits Plans’ Mental Health and Addictions Expert Panel. Dr. Baillie appears frequently before the Courts, usually as an expert witness and only occasionally as an accused. 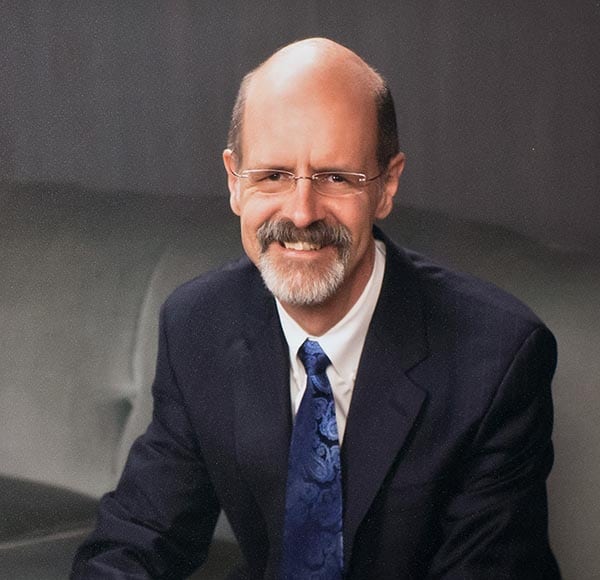 Using the Alberta Mental Health Act as a base, Dr. Gray will discuss alternative provisions from other provinces – especially from a family perspective. These will include involuntary admission procedures and criteria, treatment consent and delays, community treatment orders, reviews and information exchange. Implications of the UN Convention on the Rights of Person with Disabilities will be addressed, as it calls for the prohibition of all involuntary admission and treatment and abolition of the not criminally responsible (NCR) defense.

Dr. Gray, a psychologist, is the lead author of “Canadian Mental Health Law and Policy” with Edmonton lawyer Margaret Shone and psychiatrist Dr. Peter Liddle. He has over 25 publications in this area and has been involved in mental health law reform in numerous Canadian jurisdictions, most recently in Nunavut. His mental health work in Saskatchewan and British Columbia has included clinical, management and policy positions. Dr. Gray is a past president of the Schizophrenia Society of Canada and a co-author of “Alberta’s Community Treatment Orders: Canadian and International Comparisons.” 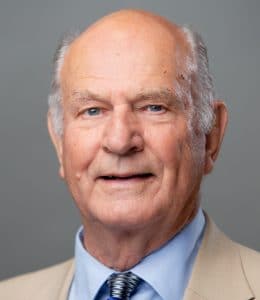 Dr. Triano-Antidormi will share her journey from a place of heartache to healing.  She will speak of her interactions with a mentally ill neighbour and her experiences with the criminal justice system, and she will highlight some important changes that came from a coroner’s inquest.  She will speak of the grief experience and how she was moved by her experience to work to reduce stigma and to advocate for improved access to mental health care.  She will also speak of the grief experienced by family members of those impacted by mental illness.  This inspirational story of overcoming tragedy with compassion puts a human face to the complexities of mental illness and our society’s response to it. It offers both hope and understanding.

Dr. Lori Triano-Antidormi is a Registered Psychologist in the province of Ontario.  She obtained her Ph.D from York University in 1998.  Dr. Triano-Antidormi currently works in private practice in Hamilton, Ontario.  She has particular interest and expertise in the area of grief and trauma, providing treatment to individuals who have been impacted by a violent crime, a traumatic incident, and/or who have experienced a significant loss.  Her practice also includes work with First Responders.  Dr. Triano-Antidormi is a former Board Member of Niagara Victim Services and past Professional Consultant to Bereaved Families of Ontario, South Central Region. She previously sat on the Chief’s Standing Committee on Police Interaction with People in Crisis, and she is a past President of the Schizophrenia Society of Canada Board of Directors.  Dr. Triano-Antidormi has given many invited presentations on the issues of grief and trauma, and she has spoken publicly about her personal, traumatic experience with a mentally ill offender.  For her personal and professional advocacy in promoting social justice for those living with mental illness, Dr. Triano-Antidormi was the recipient of the Outstanding Achievement Award, presented by the Schizophrenia Society of Canada, 2013. 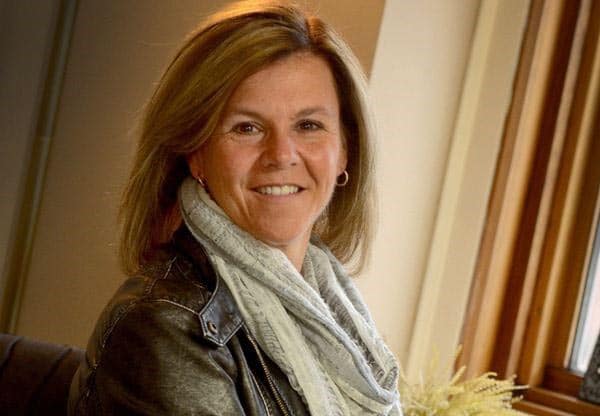 University of Alberta Department of Psychiatry

Please confirm you want to block this member.

You will no longer be able to:

Please note: This action will also remove this member from your connections and send a report to the site admin. Please allow a few minutes for this process to complete.

You have already reported this